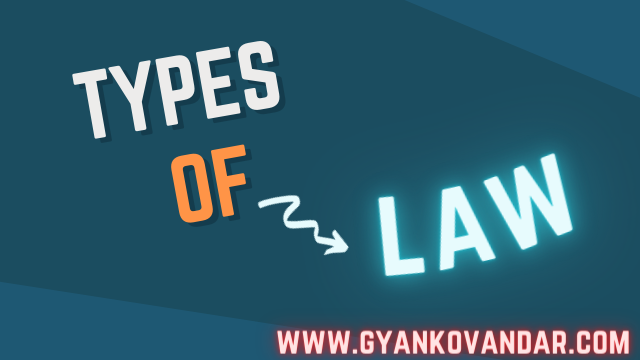 Law can be divided into many ways through the following division is apt and they have been explained accordingly:

a) Civil Law: Civil law is a form of private law that in particular is related to property and to the post of the person. In other words, the law that deals with the right, duties, and benefits of the people related to the property are called civil law. The primary aim of civil law is to ensure the property rights of the people and to provide justice from a court of law if their post and property rights have been violated by others, provided they are deprived from using them. Especially, civil law contains the issues of rights, power, and duties of an individual. Civil law involves the relationship between individual citizens, The breach of civil law can be prosecuted in the court of law by the attorney and the person as well. But the nature of the case determines who would be a prosecutor plaintiff or defendant. Real estate and commercial transactions are regulated by civil law. It comprises moveable property and real estate property both,
b) Criminal Law: Indeed, criminal law is in the need of society. In a society, there can be any type of crime. To curb and penalize the convict criminal law plays a great role. Because of this, the significance of this law is growing day by day. The law defines public offenses and private crimes and gives proper penalties to the convicts in the court of law which is called criminal law. The principal concern of the state is to maintain peace and order as well as to protect the lives of the public.
In order to maintain law and order and provide penalties to the convicts, the state formulates criminal law and executes it. Particularly, criminal law entails crimes and their measures of punishment. Considerably, a criminal offense is a serious crime and therefore it is against society and the state naturally is the prosecutor/attorney, and the court of law orders to punish the convict. Killing and robbery, arsenal crime, etc are examples of criminal acts in which the state is naturally the prosecutor. Although prosecution of criminal offenses is usually the prerogative of the state attorney as the representative of the state, it remains open to the individual to initiate private initiation in relation to criminal offenses. In these crimes, the public needs to be the accuser or plaintiff. In this law if the criminal/convict dies, it is assumed, crime also dies.
2. National/Municipal and International law

a) National/Municipal Law: It is clear that national law has its own importance. National law is executed between an individual and the other and between a person and the state. The state constitutes such law. The state has the power to constitute such laws which are essential to run daily official activities. But the form of such laws has different nature.
The nation makes law to address the interest of the people, demand of the time and need daily needs of the state activities and executes it. Everyone should abide by such laws. These types of law are executed within the national boundary that draws a clear-cut demarcation line between people and between citizens and the state about the rights, power, and duties. According to such a demarcation line, both the nation and the people are influenced and guided by it. Definitely, the lack of law makes it more difficult to do or not to do any jobs. The need for law is fulfilled by the states only.
b) International Law: International law is highly important. The need for international law has been growing nowadays because of globalization. The lack of law causes a nuisance to act anything and it causes disorder also. International law is a compiled series of laws to create mutual relations between nations. In this law, ethical or practical aspects are highly important. In fact, it helps to develop mutual relations between different countries in regard to economics, culture, diplomacy, and politics. It also helps to make agreements or treaties on such aspects and bring assurance to implement treaties between the nations. To aptly manage relations with other countries international law is the important one. International law is also needed to legalize the issues raised in the international arena like wars, human rights, terrorism, and international trade. Two concepts have prevailed in contemporary society about international law. One school of thought has the concept of not regarding it as a Jaw whereas another school of law validities it as law. However, the presence of international law has been endorsed implicitly or explicitly by these two schools of thought, Yet it has not been as effective as national law. It has been regarded as a weak law in comparison to national law. The constitutional law is an example of public law,

a) Public Law: Public law is that king of law that guides, governs, and defines relationships between individuals and the states. It holds broad importance which means to say that it covers larger scope in the field of law. Jn particular, public law describes the structures of the state. Primarily it deals with the legislative, executive, and judiciary systems of the nations. It also comprises the constitutional bodies of the nation. In short, the major concerns of the nation are incorporated under public law.
b) Private Law: Private law is the care of personal life. It deals with and governs the relationships between individuals. Personal duty, rights, and power have been well managed under private law. Contract law and family law are examples of private law. Private law entails the rights and duties of an individual in regards to civil and criminal law. In other words, private law mostly goes with personal rights of the property and his status. Under this law, there is the legal provision to go to court for remedies if one feels offenses and injustice. It ensures personal rights so that it is highly important.

Law can be divided into substantive and procedural laws. They hold their own position and have their own importance. They are interrelated to each other. Yet, there is a vast difference between them.
a) Substantive Law: Substantive law is the law that analyzes rights ensured in the law. In this way, substantive law is the law that entails the right, duty, interests of the individuals and it also makes the remedies. Substantive law does not go with legal prosecution about the case running in the court of law but it has a deep concern with the purpose and content of the case. Substantive law mainly has a concern with the ends of justice. The question of gaining property rights goes with substantive law. To ensure and protect property right is the end of justice. But what could be the limitation period to file the case and what should be the Jegal procedure are related to procedural law as these are connected with legal prosecution. The theoretical aspect of the law is studied by substantive law and on its basis procedural law prosecutes the legal procedures to file cases in the court and execute them.
b) Procedural Law: Procedural Jaw refers to that law that makes the statutory remedies in the case of breach of the rights and duties of an individual. Moreover. it is that part of the law that clarifies and explains the legal prosecution of the law in the tribunals. As this law is the statutory law of the tribunals, it comprises both civil and criminal Jaws. Further procedural law has managed the provision Of appointing JegaJ authority in hearing the case, delimiting the scope, limitation period, tabling the Jaw suits in the court, a reply of the defendant, collecting testimonies and forensic evidence, giving a verdict of the case, hearing of prosecutors, appealing over the verdict, executing the final verdict and natural law• The statutory provision Of the rights and duties of the individuals ensured by substantive law is executed via the guiding principles and directive policies Of the procedural law. In short, substantive law refers to the rights and duties of an individual whereas procedural law finds out the statutory remedies in the court of law in regards of the breach of the rights given in substantive law. That is why procedural law holds high status and importance. 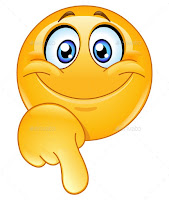