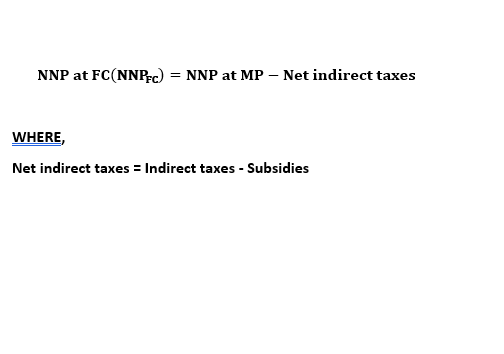 National income is the total sum of earning of all factors of production in the form of wages, profits, rent, and interest plus net factor income from abroad. In other words, national income means the sum of all incomes earned by domestically owned factors of production for their contribution to the production of goods and services. There are four factors in production: land, labor, capital, and organization. These factors of production receive factor reward in the form of rent, wages, interest, and profit respectively. The sum of these factor rewards earned within-country gives NDP at factor cost. When we sum up net factor income from abroad to NDP at FC, we get NNP at factor cost which is the NI. The different stages of calculating NI are as follows: 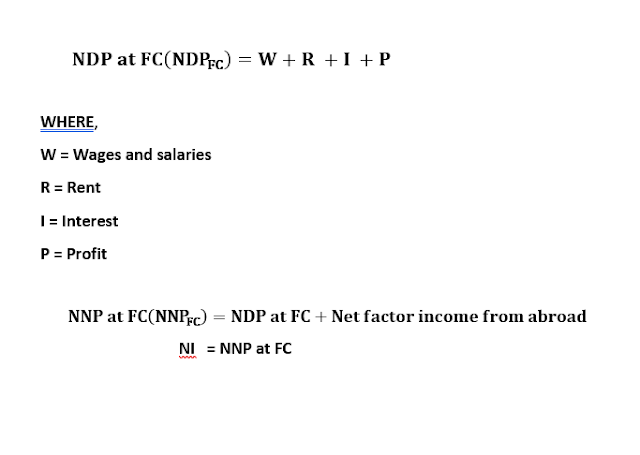 The above method is the factor income method. But in the product method, first of all, GDP at MP is calculated by the sum of the market value of all final goods and services produced within the domestic territory of the country. Thereafter, GNP at MP is calculated by adding net factor income from abroad, which is converted to the net national product at factor cost by deducting indirect taxes and summing up subsidies. NNP at FC is the national income. Therefore, national income is also known as the national income at factor cost, which means the sum of all incomes earned by resources suppliers for their contribution of land, labor, capital, and organizational ability, which go into the year’s net production. Hence, the sum of the income received by factors of production in the form of rent, wages, interest, and profit is called national income.

By product method, NI is calculated as follows: 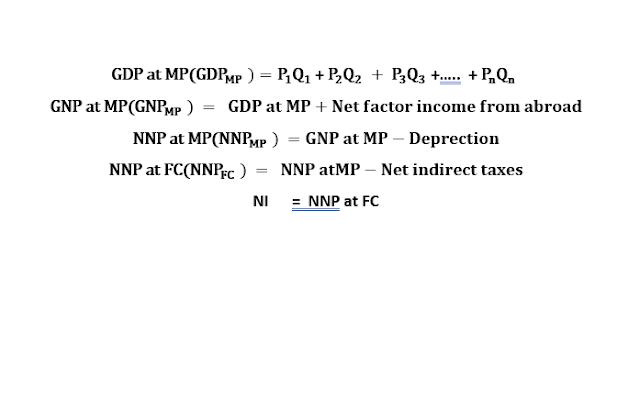