Common stock is a security issued by a company to raise equity capital. It is one of the major sources of long-term capital. Funds provided by common equity are used to finance a major portion of the firm’s fixed assets such as land and building, plant and machinery, vehicle, etc. Common stock represents ownership of the company. Common stockholders are real owners of the company. Their liability, however, is limited to the amount of their investment. Common stockholders have residual claims on the income and assets of the company. Common stock dividend is paid after payment of interest to the creditors, tax to the government, preferred dividend to the preferred stockholders. Similarly, in the event of liquidation, common stockholders have a residual claim on the assets of the company. They can have payment of their claim only after full settlement of the claim of all creditors and preferred stockholders.
Common stock does not have a maturity date. Shareholders, however, can sell their stocks in the secondary market. Hence, the company which needs funds for an indefinite period issues shares of common stock. Common stocks have some specific features. The corporate charter of a company specifies the number of authorized shares of common stock. The firm cannot sell more shares than the charter authorizes without approval from its owners. As it is difficult to amend the charter to authorize the issuance of additional shares, the firm generally issues shares less than the authorized shares. When shares of common stock are sold, they become issued shares. All or some portions of these shares are purchased and actually held by the investors, which are called outstanding shares. If firm repurchases any of its outstanding shares, these shares are recorded as treasury stock and shown as a deduction from shareholders equity in the firm’s balance sheet.
For example, suppose Delta Company has 100,000 authorized shares with a par value of Rs 100. The company had issued 80,000 shares at par. Recently, the company repurchased 20,000 shares at par. Thus, outstanding shares equal 60,000 shares.

Hence, a company can issue additional 40,000 shares under its existing authorization.
Features of Common Stock

Common stocks have some specific features. They are described below.
a. Par Value

Par value is the stated price in common stock certificates. The corporate charter specifies the par value of a share of common stock. In Nepal, the Companies Act, 2063 (2006 A.D.) has given the flexibility to set the par value. A company can set a par value of Rs 50 each or any other higher amount divisible by figure 10 as provided in the memorandum of association and articles of association. A company should not issue common stock at a price less than par value, because any discount from par value is considered to be a contingent liability of the owners to the creditors of the company. In the event of liquidation, the shareholders would be legally liable to the creditors for any discount from par value. In Nepal, the Companies Act, 2063 (2006 A.D.) has prohibited issuing shares at discount.
b. Maturity
Common stock has no maturity date. It exists as long as the firm does. Therefore, capital raised from common stocks is also called fixed or permanent capital.
c. Claim on Income and Assets

Generally, each share of common stock entitles the holder to cast one vote in the election of directors and in other major decisions. Common stockholders can attend the annual general meeting and cast votes in person or by means of a proxy. A proxy is a legal document giving one person the authority to represent on behalf of others.
e. Preemptive Rights

Although the common shareholders are the actual owner of the company and have residual claims on all assets, their liability in case of liquidation/ bankruptcy is limited to the amount of their investment. The shareholders’ liability will not exceed the par value.
g. Classified Common Stock

Most firms have only one type of common stock. However, some companies seeking funds from outsides sources, issue more than one class of common stocks to retain control over the management or for other special purposes. For example, common stocks might be classified according to voting power and to the claim on income. Generally, classified common stock is given a special designation, such as class A, class B, and so forth. Class A common stock of a company may have inferior voting privileges but may be entitled to a prior claim to dividend, whereas class B common stock may have the superior voting right but may not entitle to dividend until the firm establishes its earnings power by building up the retained earnings to a designated level.
In the case of Nepal, the common stock is classified as promoters’ shares and public shares. These two groups of common stockholders enjoy equal privileges in exercising voting rights and rights to dividends, but each class elects directors representing its own class i.e. promoter shareholders elect directors representing promoter shareholders and are not allowed to vote public directors. Similarly, shareholders owning public shares cannot vote to promoter directors. 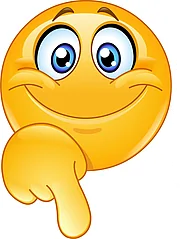